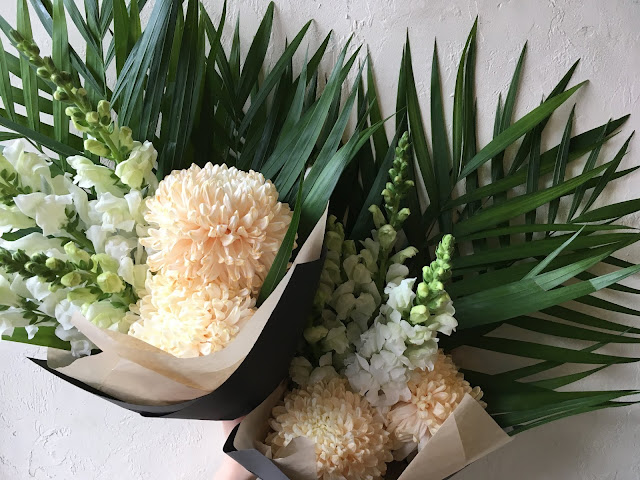 It’s flower time, and this week's Botany Bundle has a mix of peach Chrysanthemums, Palm Branches and Snapdragons. A causal grouping of a variety of vintage vessels can bring a little extra charm to any corner of your home or as a focal point at your event. Large to smaller bottles and jugs are filled in a deconstructed style with blooms and overstated greenery.

Peach Chrysanthemums
Super long lasting flowers and the prettiest peach colour! In the 17th century, the Chrysanthemum was introduced to Europe where Karl Linnaeus, the father of modern taxonomy, coined the Western name “Chrysanthemum.” The name is derived from the Greek words “chrysos” meaning gold, and “anthemon” meaning flower. Today they are also affectionately referred to as “mums.” The Chrysanthemum, or "Kiku" in Japanese, is a symbol that represents longevity and rejuvenation.

Snapdragons
Also known as "Dragon Flowers" because of its resemblance to the face of a dragon that opens and closes its mouth when laterally squeezed. They are native to rocky areas of Europe, the United States, and North Africa. Legend has it that concealing a Snapdragon makes a person appear fascinating and cordial, and in the Language of Flowers, Snapdragons are said to represent both deception (perhaps tied to the notion of concealment) and graciousness. 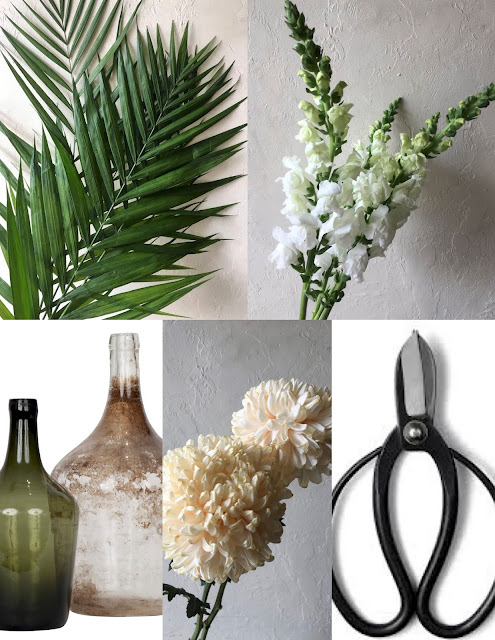 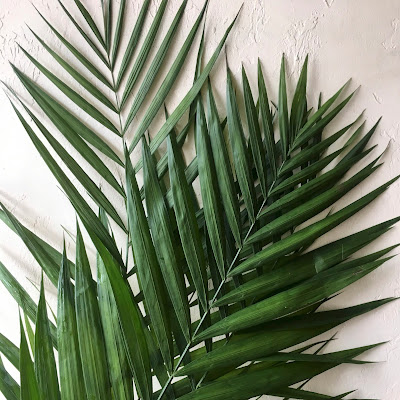 Fill the clean vintage bottles and jugs with water. Hold the Palm Branches in your hand so that the stems are the same length and trim. Pop these stems into your tallest bottle or jug. Allow these branches to fan out. 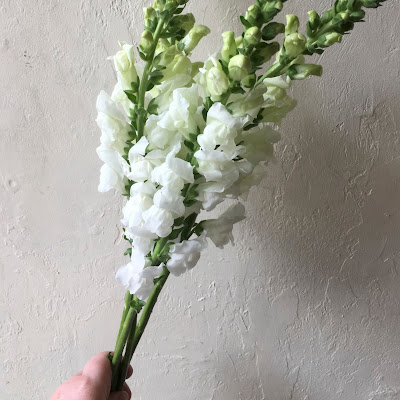 Hold the Snapdragons in your hand so that the flowers are the same height and trim the stems in an even cut. Add these stems to a wider mouth bottle. Make sure there are no leaves touching or emerged under water. 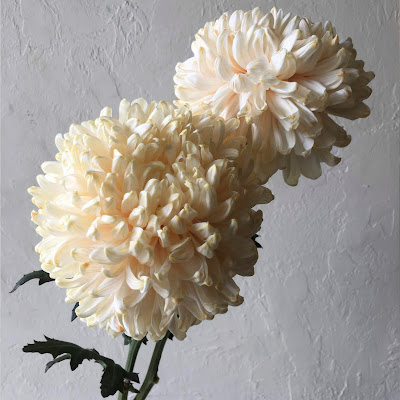 Hold the Chrysanthemums in your hand so that the blooms are stepped in height and trim the stems in an even cut. Pop these stems into the smallest bottle with the narrowest opening. Again, make sure there are no leaves touching or emerged under water. 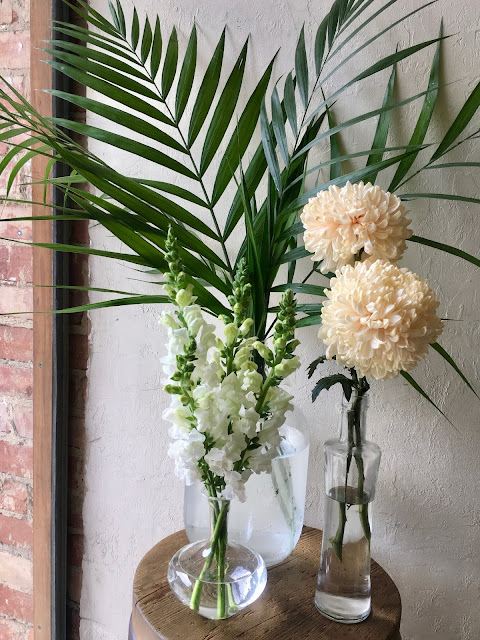 Tip: When placing your vases, move them back and forth and forward and back to achieve a desired look. Top up your bottles with fresh water daily! 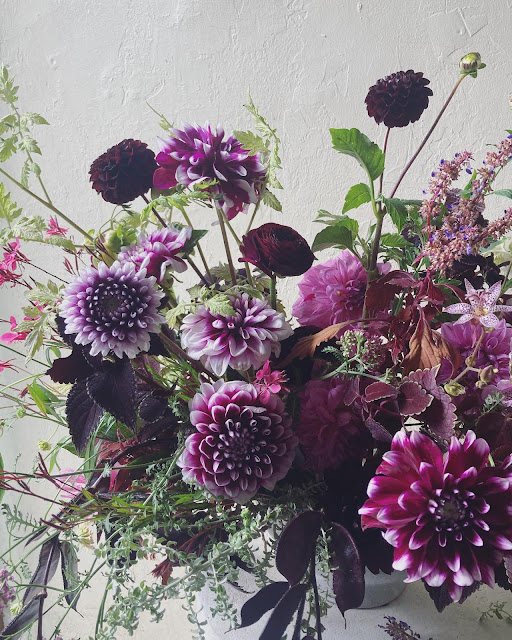 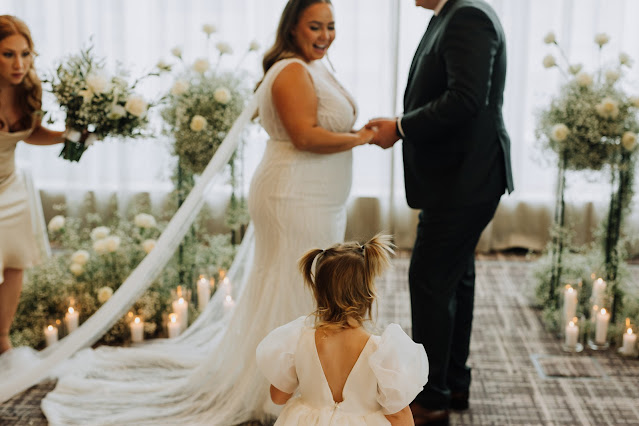 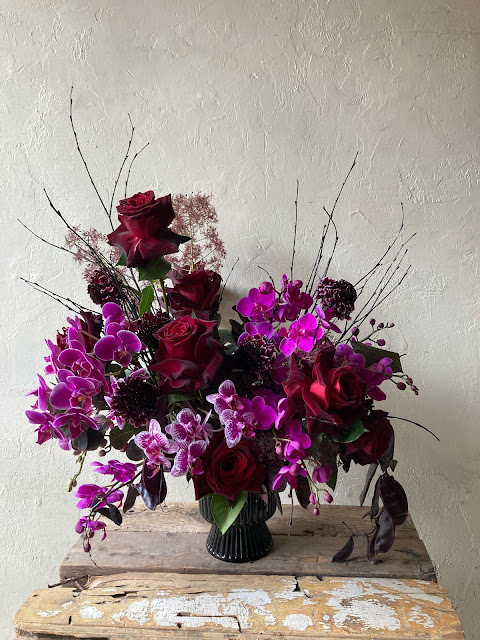 Arranging a bowl of flowers in the morning can give a sense of quiet in a crowded day - like writing a poem or saying a prayer.
-Anne Morrow Lindbergh
Our workshop themes, schedule, and pricing are posted on our website. Find out more and register online here. 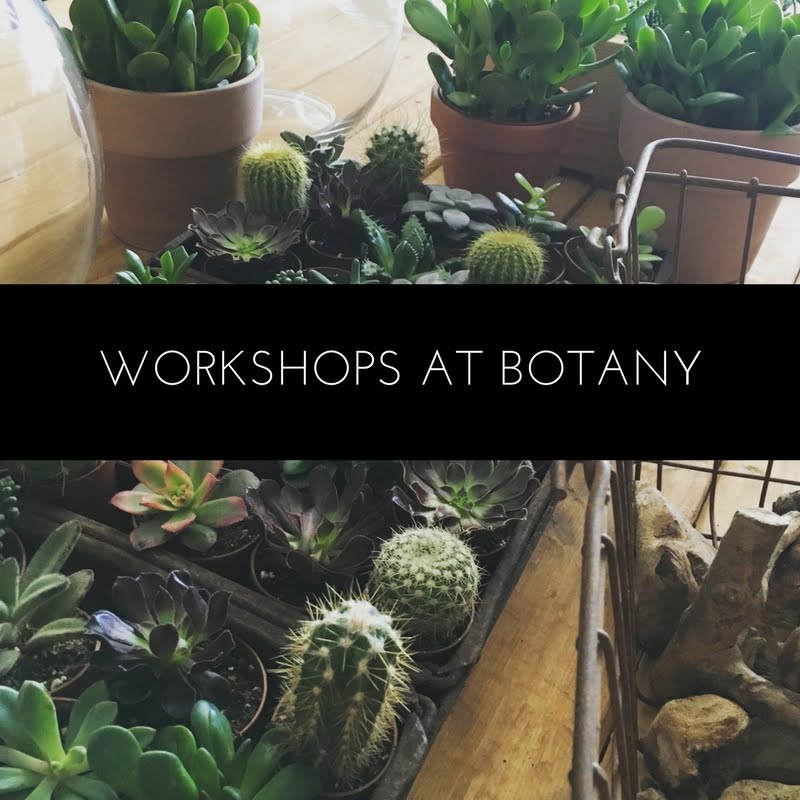 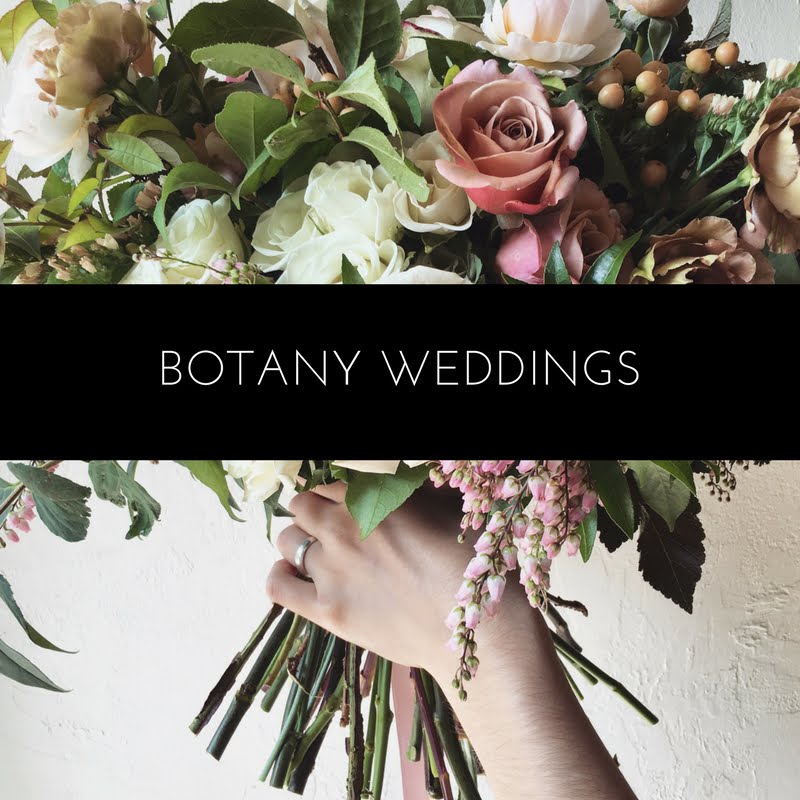